12 E-liquid Flavors that Stunned the World in 2015

Read our exclusive guide to the best e-juices and e-liquids for vaping in 2015 If you are lucky enough to have just discovered e-cigarettes, then you’ll either be amazed or overwhelmed by the 7,000+ e-liquids that are estimated to be on sale. We’ve taken that extensive list and done the (immensely enjoyable) legwork for you, whittling it down from thousands to just the top twelve that you need to know about. Prepare yourself for the best vape juices, e-liquids and e-juices of 2015 (and beyond)… “Vape Mania!” by micadew is... Read More

2015 saw the launch of one of the most exciting and accessible ecigs, the JUUL Vaporizer. The Electric Tobacconist® Chief Tester takes a closer look at it and reviews it from a first-time vaper point of view. The JUUL by PAX Labs, Inc is nothing like other vaporizer products on the market. The most common ecigs fall into one of three categories only: the cigarette-style, the pen-style and the box mod. For all the ingenuity and development in the fast-growing vaping industry, it’s funny that until now there were really... Read More 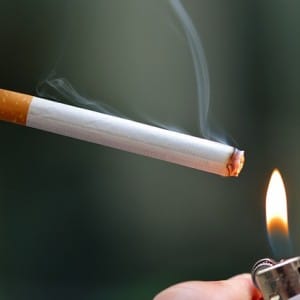 The 5 Types of Smokers that Vapers Can Now Avoid

Vaping is regulated on a state-by-state basis, so if you live in a deregulated state like North Carolina you can vape pretty much anywhere you please, whereas in an uptight state like Hawaii you can’t even look at an e-cigarette without written permission from your parents. If you are lucky enough to live in a state that allows you to vape at work, here are 5 types of smokers that you’ll no longer have to run into on your nicotine break… The Gossip The gossip might think of himself as... Read More

The Electric Tobacconist Guide Since its launch in the Fall of 2013, the Vuse Vapor E-Cigarette has occupied a specific area of the vaping industry. Makers RJ Reynolds, with their background in tobacco cigarettes, opted not to get involved in the evolving vaping market and have chosen instead to target only those looking for a largely similar alternative to combustible cigarettes. While other brands, such as blu, have tried to keep pace with the moving e-cig market by launching a range of refillable e-cigarettes (albeit only in the UK at... Read More

Why I Love Donuts E-Liquid is like Marmite (Review)

After trying the famous I Love Donuts™ e-liquid by Mad Hatter I was reminded of a sandwich spread in the UK. It’s called Marmite and the saying goes – endorsed by the brand itself – you either love it or you hate it. The concept for I Love Donuts™ is simple: create an e-liquid that is based on a flavor most people love – Blueberry donuts. So far so good.Now, spend good time on the recipe, put high quality ingredients in, test it, tweak it, launch it. Makers Mad Hatter... Read More

As the vaping industry moves from cigarette-style electronic cigarettes more towards personal vaporizers, market giants NJOY have launched a disposable e-cig more in line with the first generation of vaping products. Madness? Perhaps not. Here’s why… NJOY had the world at their feet two years ago. Their market-leading NJOY King product was THE e-cigarette. It was the first of its type to hit the mainstream, it was endorsed and used by a host of US celebrities and managed to secure enough funding to be advertised on television and gain household... Read More

Whether you are a first timer or a seasoned #vapegod, understanding e-liquid is an essential aspect of enjoying e-cigarettes and vape-pens. For those of you that don’t yet know the ins and outs of vaping, e-liquid (sometimes called e-juice) is the solution inside an e-cig that is heated up and inhaled as vapor. With disposable e-cigs you don’t have to worry about e-liquid at all – it’s already in there when you buy it, and when it runs out, you just chuck the thing away. Disposables are great for getting... Read More

Which is the best Mt Baker Vapor E-Liquid Flavor?

Mt Baker Vapor is super-popular. Anyone who has vaped for more than a few months and likes to keep up with what the online communities are saying about the best e-juices knows this. MBV is talked about constantly on forums such as Reddit. Why is Mt Baker Vapor e-liquid so popular? Here is a brief overview: – Mt Baker Vapor is cheap. Without scrimping on quality, MBV have created a huge range of liquids that do not break the bank. A good and fair price point will always attract new... Read More

What does the future hold for the Disposable E-Cig?

The disposable e-cigarette is much maligned by the vaping community. Ignored and dismissed by many, these days it’s seen as backward technology, used by ‘phoney vapers’ who would actually rather smoke (which, by the way is a ‘thoughtcrime’ among the community). So is the disposable e cig going out of fashion? You would think so, but although it’s definitely less popular than it used to be, the popularity of the ‘throwaway’ e cig has steadied somewhat. Going back two years (which is a very long time in e-cigarette terms), the... Read More

Has the Mark Ten® E-Cigarette Dominated as Predicted?

A little over a year ago, Altria (a subsidiary of the Marlboro company) introduced the Mark Ten electronic cigarette to stores nationwide. To the outsider looking in, it looked like the game was up for the e-cigarette industry. There was only going to be one winner in this game. In the same way Marlboro and Marlboro Lights is the dominant cigarette brand the world over, surely it was the Mark Ten® e-cigarette that was going to be the vapor cigarette of choice from then on. Or so it seemed… A... Read More