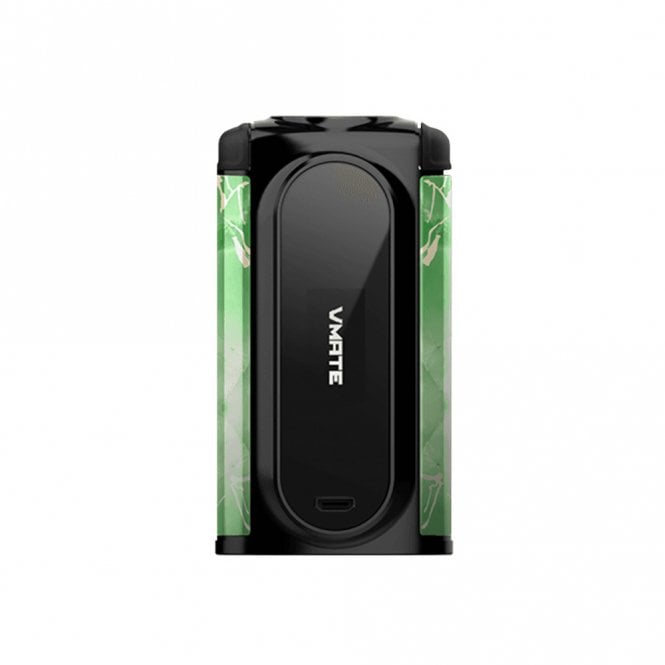 Free Shipping Over $20
At Electric Tobacconist, all orders over $20 receive free shipping!
200W TC Box Mod
Code: VOO08
(1 Customer Review)
+ In Stock Now Item in Stock Item out of Stock | Dispatched same day if ordered before 4pm MDT (Mon-Fri)
Spot Products:
Loading...
Order now and we will dispatch within the next
98% Positive Feedback from over 25,000 reviews of our website
100% Secure shopping Pay with PayPal or Credit Card
Free Shipping On Orders Over $20
Got a question? Click here to view our new help section

Key Features of the Voopoo Vmate

About the Voopoo Vmate

The Voopoo Vmate is the latest home-run in Voopoo's vape mod catalog, offering sub-ohm vapers incredible fringing speeds and an elegant, ergonomic design. The Vmate features a traditional box mod in a lighter than ever, compact design with firing buttons on top for grip friendly handling. With the use of two 18650 batteries the Voopoo Vmate is capable of putting out an impressive 200W.

Voopoo has updated their famous GENE chip which allows for instant firing and safe vaping; now it also blocks dust, liquid, and fire. The Vmate comes with three supported modes: Power Mode, Temperature control, and Custom Mode, all of which can be adjusted through the Voopoo Vmate's intuitive OLED screen. The Vmate can be charged via USB for vapers on-the-go, and two sleek batteries on either side allow for the smaller size and lighter wight, meaning ultimate portability. Voopoo has built in eight security precautions in for safety and satisfaction, allowing you to vape the day away without a worry in the world. The Voopoo Vmate offers the latest and greatest functionality and safety features on the market, with an incredible firing speed and sleek design that will easily put your friend's mods to shame.

Nice feeling, reliable operating mod. Use instructions are not awfully clear - e.g. when inserting new atomizer it asks if a a new atomizer was attached Yes/No - but it does not tell you which button corresponds to Yes or to No. These and other details are often ambiguously described.
Having said that the unit is very reliable and easily operated